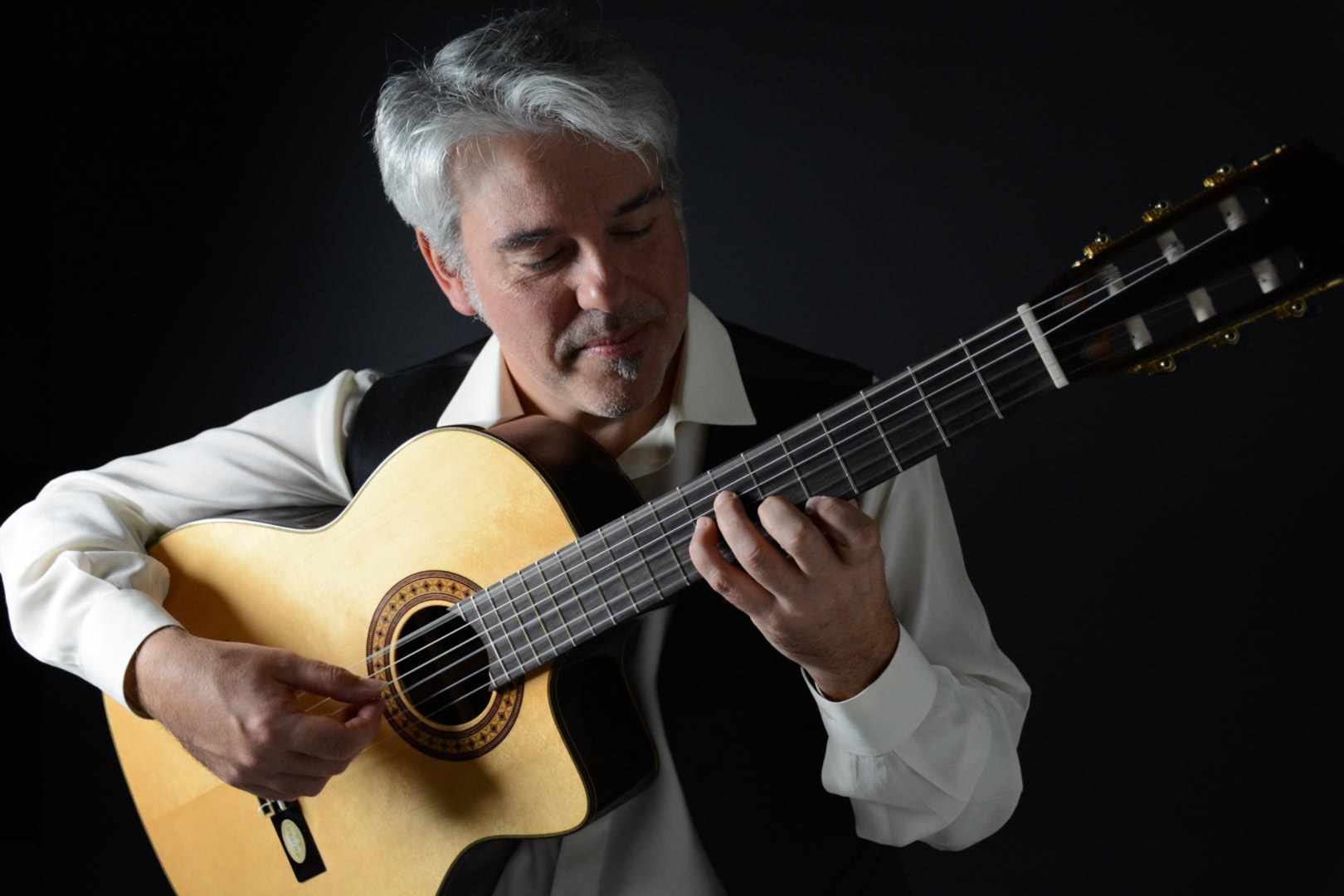 In 2007 he received the Second Level Academic Diploma at Novara Cantelli Conservatory with full marks, defending a thesis called: "From the Salon to the Concert Hall; the new way of conceiving the guitar and the birth of the guitar and orchestra Concerto" with the performances relating to it, Professor Mario Dell’Ara supervisor.
He approached the world of Flamenco thanks to the encounter with Juan Lorenzo and he has attended with him a 3-year specialization period in flamenco guitar at Giulio Briccialdi Conservatory in Terni, attending simultaneously various Mastery courses with Oscar Herrero.
He won the First Prize at Pasquale Taraffo Guitar Contest in Genoa and the Third Prize at Franz Schubert National Contest in Tagliolo Monferrato.
Since 1985 he performs in concerts as a soloist and in different chamber orchestras. He has worked with internationally renowned artists such as Juan Lorenzo (flamenco guitar), Marcello Crocco (flute) and Carlo Aonzo (mandolin). Since 2006 he plays permanently in a duo with the guitarist Angela Centola.
He has been co-founder and Artistic Director of Musica Estate Guitar Festival, one of the most important and popular cultural events in the Province of Alessandria, that took place from 1993 to 2012 in the villages which are part of the Association of the castles between the river Orba and the river Bormida and also in Ovada and Acqui Terme.
Currently he covers the role of Artistic Director for the musical activities of the city of Acqui Terme.