Born in Rome in 1975, graduated with honorous in classic guitar in the Conservatory of Aquila under the guide of Maestro Leonardo Gallucci. He attended some specialization perfectioning courses with the most important representatives of the international guitar survey, such as Alirio Diaz, Carlo Ambrosio, Paolo Chierici, Maurizio Colonna, Carlos Bonell, Giuliano Balestra, Dale Kanavagh, Massimo delle Cese. Winner of the "Città di Latina" Competition Award and finalist in many international Competitions, he concerted a lot of times both in Italy and abroad (Germany, Egypt, Spain) as a soloist and also in duet with Carlo Ambrosio. He played with an ensemble of eight guitars performing a repertory devoted to Leo Brower and in the guitar orchestra "Nuova Musica" as a first guitar soloist. 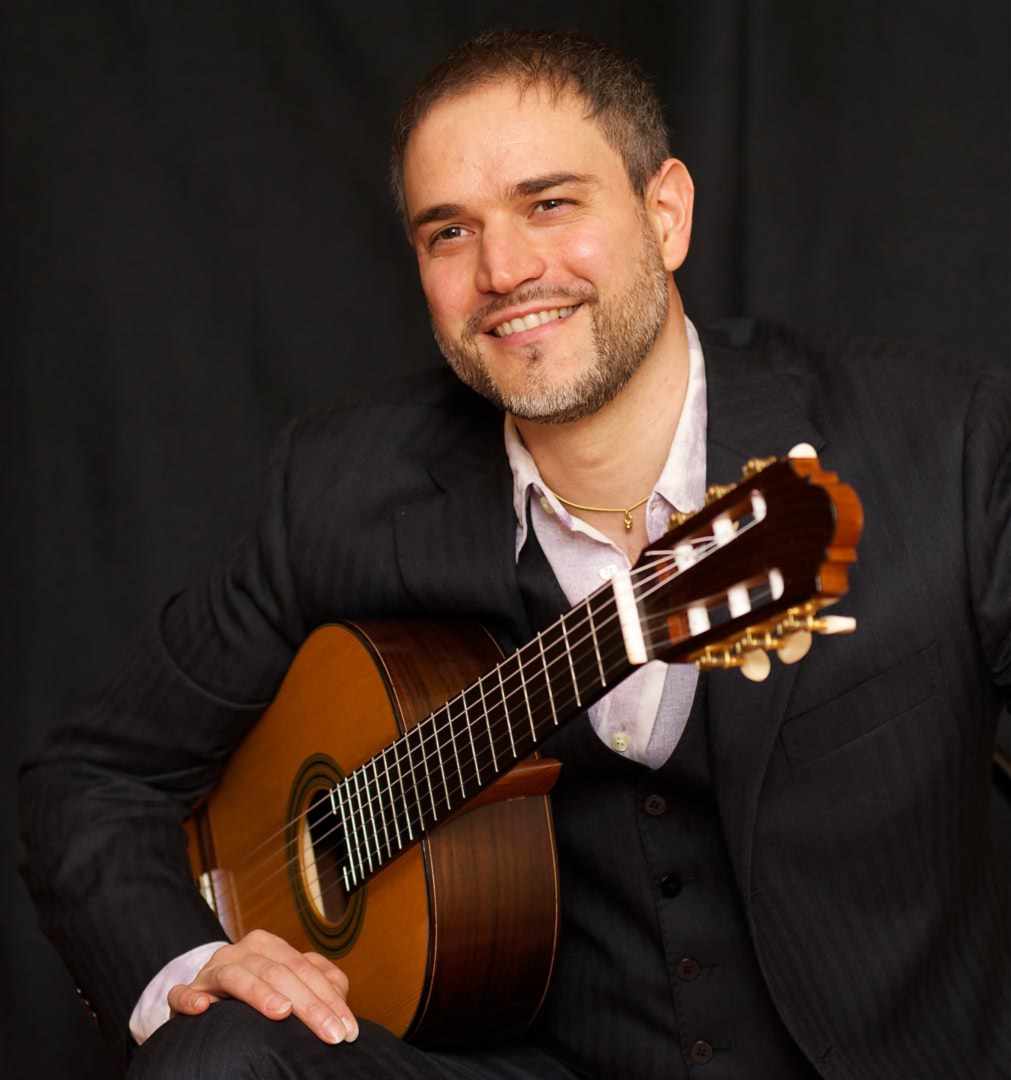 In 1999 he obtained a degree as a Therapist of the evolutionary age, he got a specialization in the discipline of Musictherapy by working together with various rehabilitation institutions.

Thanks to a deep knowledge of Anatomy and Human Physiology, he held numerous seminars among them: - The Dynamics and Physiology of the movement applied to the instrument.- The guitar player posture. - The development of both elasticity and muscular resistance in the musician. He is teaching in the Cultural Association MIA and in the Yamaha Centre of Musical Studies. He has recorded the cd "Guitar Dances of Spain & Latin America" He playes a Gabriele Lodi instrument.
www.gabrielecurciotti.com.